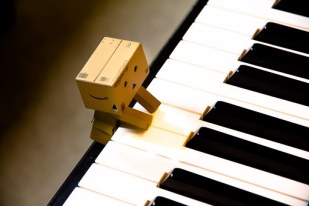 In music, dissonance refers to two notes that are very close to each other. On a piano, the notes would either be right next to each other, or only one key apart (it can also be two notes separated by an interval of a seventh as well. We could digress into music theory but won’t.). Dissonance causes tension in the music, and those who are hearing dissonance want it to resolve towards a more consonant sound, where the harmonies are more pleasing. Composers often use dissonance to propel their music, giving a sense of forward motion when tension emerges through dissonance, then resolves.

There is another type of dissonance that helps in understanding the paradox represented by Donald Trump receiving the support of the Evangelical Christian community, and keeping it through all of the foibles and missteps of the Trump Presidency to date. That is cognitive dissonance, the psychological condition occurring when an individual holds two conflicting concepts, or cognitions, in their mind at the same time. The mental tension that this causes tends to be resolved in one of three ways, according to psychologists.

First, if there are two beliefs of nearly equal weight, one response is to reduce the importance of one of the beliefs by discounting it. As an example, assume one belief is that leaders are called to be moral exemplars and demonstrate their faith by adhering to the 10 commandments and living a life of piety and overt faith. Another conflicting belief is that Donald Trump is being used by God to return the nation to greatness under God, even though his actions during his life have been the antithesis of a moral man. How do you reconcile those two concepts? By going back into the Bible and dredging up examples of ungodly people who were used by God to advance God’s purposes on the earth. David is perhaps the best known example of a sinner who used his earthly power to manipulate his enemies to achieve his lustful goals, yet was blessed by God both before and after David’s deception of Uriah in order to claim Uriah’s widow, Bathsheba. Since God could even use a man as base as David for his purposes, then anything that Donald Trump had done, is doing, and will do in the future doesn’t matter, as long as Donald Trump’s actions further the kingdom of God on earth. There are a lot of personal sins that get overlooked, as long as the actions of this administration are seen as being hostile to the status quo that allows abortion.

A second way that people reconcile cognitive dissonance rattling around in their psyche is to develop new ideas, new cognitions, that help to displace the offending belief. Using our example of Donald Trump’s morality, someone who is bothered by Trump’s behavior will adopt a new belief that Donald Trump will appoint God-fearing, Constitutionalist judges who will bring this country back to core Biblical principles. Therefore, Donald Trump is good, and his moral failings and personality traits do not matter. The end more than justifies the means.

The final way in which people choose to deal with the troublesome conflict in their heads is to ignore the offending information. People will choose to ignore inconvenient facts, or refuse to accept them, or just surround themselves in an environment where they don’t encounter these data points (Fox News / Conservative Radio Talk Shows). This works especially well when the leader spends a great deal of emotional energy disputing the validity of any facts contrary to the desired script. In other words, its fake news, folks. It is obvious that this method of reducing internal conflict is the preferred method for many who are firmly ensconced in the Trump camp. This method works exceptionally well since it conditions the practitioner to discount any information that, if internalized, would cause cognitive dissonance. Avoid the problem by refusing to accept the validity of any contrary information. And this method has the added benefit of not only discounting the current flow of information, but also discounting any future flow of information from the same source. How many times during the past few years have you heard the disparaging term of lamestream media? Many are immune to those cries, but to those who are susceptible to the onslaught of right-wing propaganda, it serves to close the mind to any contraindication to their current beliefs.

This helps explain why those who steadfastly support Donald Trump are willing to overlook any sin or error of judgment that he has committed. Given clear factual refutation of Donald Trump’s statements, or being shown evidence of significant misdeeds in the past or in the present, supporters are able to rationalize all of the bad information away. It (bad behavior) either wasn’t important, or wasn’t relevant to the larger goals enabled through Trump, or (na-na-na-na-na-na) didn’t happen at all. Who can believe the MSM anyway? Donald Trump has recognized this phenomena. He stated it clearly and explicitly in his campaign. In a campaign appearance in Sioux City Iowa in January 2016, he said “You know what else they say about my people? The polls, they say I have the most loyal people. Did you ever see that? Where I could stand in the middle of Fifth Avenue and shoot somebody and I wouldn’t lose any voters, okay? It’s like incredible.”

So for those who are opposed to the ongoing diminution of the nation’s morality and intellectual capital, how can we proceed given the immutable nature of Trump’s supporters? First, it is necessary to recognize that those who support Trump may eventually be worn down if enough facts pile up that are contrary to the fantasy being peddled by the right-wing media agglomeration. Some cracks in the Fox news monolith are encouraging, in that it appears that even that organization is having difficulty in swallowing the repeated lies laid out at the all-you-can eat buffet of the Trump communications office. But the disease of discounting any contrary evidence is too tightly woven into the psyche of Trump supporters, thus necessitating another mode of communication. My recommendation is ridicule and satire. Only by presenting images of Trumpism as being so outlandish as to call forth the image of Hogwarts students pointing their wand at Trump and calling it “Riddikulus“, will those who are captured by Trump ever be able to break their addiction to a false savior.