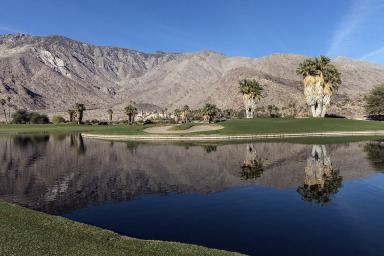 And the beat goes on.

The beat goes on.

For those of you who remember Sonny and Cher’s signature song, I hope I’ve put an earworm into your brain that you will find hard to eradicate. For those who aren’t familiar, go ahead and google. It fits in today’s world.

The beat keeps going on. The beat of intolerance and ignorance emanating from the Trump administration echoes across the American landscape. The stench of nativism permeates from the Republicans, a stench that has defiled both political parties over their existence. In the United States, we’ve had two foundational sins. The first was slavery, and the remnants of that sin still roil the social fabric of this country. The second was nativism, and the tenets of that sin have changed over the decades and centuries. Still, both of these original sins taint our political landscape to this day, and still divide this nation.

Slavery formed the basis for the Southern agricultural economy of this nation for its founding phase. When slavery was forcibly ejected from this nation, a large region of this nation held an underclass in its midst. This underclass was impossible to miss since it was defined by color. But even though the constitution was changed to enable former slaves to claim freedom, the attitude that defined a black life as being worthy of 3/5 of a white life still resonated throughout society. So legislation that demeaned blacks came into existence, and stayed in place until the civil rights awakening of the 1950’s and 1960’s. Since that time, blacks have seen significant progress in terms of racial and economic equality. Still, there is a large fraction of the black population that has not shared in the growth of this nation’s economy during the last 50 years. The response of the Trump administration to any discussion about economic and social grievances from this minority? Denunciation of NFL players for taking a knee in support of the current civil rights movement. Denunciation of the homelands of many blacks as being, well, you know the word. And taking personal credit for the slow, steady improvement in employment metrics that are merely continuing the improvements since the Great Recession.

Although it may be impossible to define a causal relationship, it seems apparent that the racist undercurrent inside of the US has been unleashed by the rhetoric emanating from the Trump administration. The naked hatred espoused by the Charlottesville neo-Nazi demonstrators was only haltingly denounced by the President, and the equivocation given by claiming that there was equal guilt on both sides removed much of the effect of the denunciation. One only needs to look at on-line forums to see an explosion of racially charged animus that has been unleashed in the current political environment.

Nativism is the second principle espoused by the MAGATS (Make America Great Again Trump Supporters). Upon taking the reins of power, nearly the first act of this administration was to submit an ill-conceived, and ultimately unconstitutional travel ban. Aimed ostensibly at preventing terror, it reflected the deepest fears of the Trump administration about “The Others”. The mindset of Donald Trump is that the outside world is scary, and “they” are out to get us. We must protect our vital national security by forcible repatriation of all who do not meet the letter of the law as being ‘Muricans! In order to accomplish this repatriation, this administration is willing to implement a “Papers Please!” environment like that demonstrated in January 2018 in Florida. Immigrations and Customs Enforcement (ICE) agents boarded a Greyhound bus and required everyone to show their papers, in order to demonstrate a legal right to be in this nation. Scenes reminiscent of totalitarian states of the past where the right of transit was allowed solely at the discretion of the government are returning to a bus near you, courtesy of your friendly ICE agents.

The Trump administration is willing to go to the mat in order to fulfill its bizarre quest to pretend to halt foot traffic across the US-Mexican border by constructing a massive, wasteful wall. Would that a physical barrier could prevent the vast majority of illegal immigration. Alas, that dream of stopping all illegal immigrants by a physical barrier should be relegated as part of the opioid crisis as yet another pipe dream. Instead, estimates are that 2/3 of all illegal aliens who enter the US each year, do so by first coming into this country legally, then overstay their allowed time within the country and establish residence here illegally. Yet the simplistic Trump administration insists upon the wrong solution for the problem by a monomaniacal pursuit of “A Great Big Beautiful Wall.” A wall that would be an environmental catastrophe, would cost an excessive amount of money, and when all is said and done, would not stop the problem of illegal immigration into the US. That sounds like it is about par for the course for the Trump administration.

Oh, no, I used a golf term. That will distract our illustrious leader by causing him to lose his intense focus on the problems of this country, while he goes out to one of his innumerable golf properties for a few hours of heavy governmental work. Wait, I’ve got it. The solution to the border issue. What if we construct a 2000 mile stretch of Trump golf properties strung out along the border with Mexico? We could engage the support of our President in maintaining surveillance as he patrols the length of the border, engaging in continual golf, preventing the incursion of those nasty people through well-placed administration of a 2-iron alongside the side of the head. Yeah, that would be the ticket, wouldn’t it?

The beat goes on.

1 thought on “The Beat Goes On”