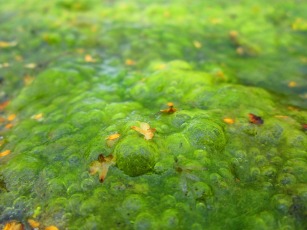 I was surprised by the sound of the doorbell. I was not expecting anyone on this November evening. When I got to the door and turned on the light, I was met by my friend Slimey’s face staring back at me. He was holding a plastic orange pumpkin in one of his clawed hands. I opened the door, and he greeted me with “Trick or treat!”

I motioned for him to come in, and said to him, “Did you know that Halloween was last week?”

“It was?” he asked. “You lose track of time down there in the swamp. I figured this was the best way to not attract too much attention, carrying the treat bucket. Most folks who drove past me just didn’t see me.”

I moved the coffee table away from the sofa so as to give him room to haul his huge girth towards a seat. He sat down with surprising grace, pulling his tail up behind him and laying it beside him on the couch. I asked him first, “How did you find my house?” I had only seen him alongside the tidal basin before, and had no clue how he knew where I lived.

Slimey looked up at me. “I Gargoyled you.” He pulled out a Slimey-sized phone with a well-scratched screen cover. “It’s the best way for my kind to keep up with what’s going on in the world above.”

I realized that I was being a poor host, not offering my guest any refreshments. “Could I get you anything to drink?”

Slimey thought for a moment, then said. “If you could, I’d like a glass of water flavored with some dirt from one of your plants. That would be delicious.”

I got up, and went into the kitchen in order to prepare drinks for us. I pulled a pinch of soil out of the aloe plant I kept in the kitchen, and placed it in the largest plastic cup I had, then filled it with tap water. As for myself, I poured a large scotch atop a few ice cubes. I figured that this was going to be an unusual evening, and I’d best be ready for anything.

When I returned to the living room, I noticed a trail of water leading to the sofa. When I looked back at the source, I noticed that all of the fish in my aquarium were missing, and Slimey was licking his claws. “I must complement you on the buffet you laid out there. That was mighty tasty,” he said.

I was flummoxed, yet I did not complain. It is never a good thing to complain when a 400 pound reptile with razor-sharp claws is sitting on your sofa. Instead, I handed over the cup to Slimey and sat down myself. “What brings you here tonight?” I managed to ask finally.

“I wondered if I could watch the election returns with you?” he said. “We don’t get good reception down in the swamp, and I’d really like to know what’s going on as soon as possible.”

“We can do that,” I said. I picked up the remote control and turned on the TV on the wall. Up came a scene of five people seated at an extended table, with graphics all over the walls behind them. They were talking about the closeness of the Senate race in Texas. “It now appears that Ted Cruz has defeated Beto O’Rourke for the Senate seat in Texas.” And up popped a giant picture of Ted Cruz, oozing his smarmy smile across the screen.

Slimey perked up. “That’s good for me, isn’t it? He’s the one who was so insulted a few years ago, but came back and kissed Donald’s ass this year, right? Anyone with so few principles has got to be great for the swamp.”

I nodded in agreement. While I personally would have wanted Beto to win, I could see it from Slimey’s perspective. The more candidates got down into the muck and mire to win, the messier the swamp would be.

Slimey took a swallow of water, then smacked his lips. “Ah, that’s good stuff you put in there. I can taste just a tinge of tartness from the dirt.” He pointed his claw up at the screen where the talking heads had moved on from the Texas race, and were talking about the wave of women entering the House.

I nodded, then looked at the screen for more information. It was not to be found in the endless rehashing of the talking points they focused upon. I finally said, “You’re right, women don’t like dirt. But I don’t think they’re going to be able to really clean up the swamp. It’s too deep to get at.”

Slimey looked at me, then shook his head slowly in agreement. “I’ve grown attached to my swamp. I’d hate to see anything happen to it.”

I let out an unintentional yawn. It was getting late and they had just started going over the California results. Slimey noticed, and put his cup down and said, “I’ve imposed long enough. Thanks for the drink and snacks.” He unwound his tail from the sofa and maneuvered his way to the door.

I opened it for him, and said to him as he left. “I don’t think you have anything to worry about with someone trying to drain the swamp. Since no one’s done anything about it, the ocean warming will cause the water to rise. Soon the swamp will retake just about all of this town. You’ll be in good shape.”

For a minute I thought I was in trouble. Slimey looked rapturous, and started to move toward me to hug me. The thought of being squeezed by those huge limbs and crushed came quickly to me. But as swiftly as Slimey looked like he was going to embrace me, he backed off, and before he turned away he said, “Thanks. Thanks friend.”

I closed the door and turned out the light on the porch.

For previous tales of Slimey, see this Draining the Swamp

And this one: Sustaining the Swamp