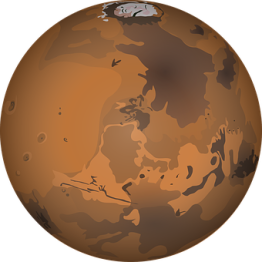 Humanity needs a frontier in order to provide meaning to our existence. It is in the pursuit of the frontier that we have an opportunity to exhibit our best character traits, and provide a relief valve for our churlish nature. Up until the 20th century, we had frontiers on most continents. Exploration in the Amazon rain forest, conquering the outback in Australia, “civilizing” the American west by taking it from its original inhabitants, all of these helped to fuel the imaginations of the time. Once the frontiers closed though, it has not been possible to dream of adventures in exploration that would open new vistas to humanity.

Until recently, that is. Beginning with government efforts in the US and the Soviet Union enabling space exploration, we now are in a world where many nations are launching their own satellites, and conducting virtual space exploration to other bodies in the solar system. Private industry is playing a larger role, as the value in providing access to near-earth orbit becomes profitable. Even now, we have begun to dream of new adventures in revisiting the moon, and placing human footprints on other celestial spheres.

That is why the recent discovery of a lake of liquid water sealed under the south polar ice cap of Mars is so important. The story of the discovery may be found in the August 3 issue of Science Magazine. The Italian research team describes the results from the European Space Agency (ESA) Mars Express probe, where radar pulses were sent down into the Martian surface, and the return pulses were analyzed. The pulses show both the surface features, and the features below the south polar ice cap. They show a clear signal of a very strong return of the radar beam from below the ice cap in certain places. By comparison to radar images taken from subsurface lakes in Greenland and Antarctica, they can state with confidence that the bright reflections represent a free water surface found below the ice. That water is undoubtedly extremely salty, since even under a kilometer and a half of ice, the freezing point of water needs substantial salt content in order to keep the water as liquid at the temperature of Mars. Still, the discovery of water, on a planet that long ago lost its atmosphere due to the decay of its magnetic field, gives hope that in the future humanity may actually be able to survive the hostile landscape of another planet.

The discovery shows how human probes continue to make significant discoveries at Mars. Right now there are eight probes (from the US, the ESA, and India) either circling Mars, or rolling over the surface of the planet. It is no longer extraordinary to see 360° panorama views of the surface of Mars, showing the approach of a lander to the distant mountain that will be explored next. In my own lifetime, I’ve seen the entire cycle of space exploration. One of my earliest memories was hearing over the radio the announcement of Sputnik’s successful launch as my family drove back from vacation. I was an inveterate space junkie during the Mercury, Gemini and Apollo programs. I remember the early moon probes, and watching the pictures return from a moon growing ominously closer, until the picture went dark upon impact. Now, the discoveries from Saturn, and Jupiter, and Pluto, and even from asteroids and comets keep coming as we expand our exploration horizons.

But for humanity to really create a new frontier, it will be necessary for humans to venture back beyond our own planet, and onto suitable surfaces elsewhere in the solar system. There are very few locations where we could exist, even for a short while. One would not want to land on the Jovian volcanic moon of Io, which continually sends plumes of material up from its surface in response to the intense tidal energy released from rotation around Jupiter. Europa would be a candidate, but the crevasses in the icy surface covering it’s moon-girdling ocean would be risky for someone to navigate. The outer gas planets themselves offer no solid surface at all – just an atmosphere that keeps growing thicker and thicker until it turns into a sticky liquid. Really, we have only the moon and Mars as candidates for humanity to set up any sort of outpost.

So I am firmly in favor of continuing human exploration of space, even though the additional scientific payback from human observation may not be justified financially. No, it is because we as a species wish to continue to explore, to see what lies beyond the next ridge, to satisfy the itch that comes from too much stability and comfort, that is why we must keep extending humanity’s reach. Otherwise we will become jaded, and will gain a mindset that says we can only win if others lose. Western civilization has shown for the better part of a millennium that the payoff for exploration activities always exceeds the input costs, even when the act of exploration creates martyrs along the way. It certainly has a better record of payoff than various economic theories implemented over the past 38 years can show.

There’s yet another reason for humanity to return to space. The exploration of space has become internationalized over the years, and those who staff the International Space Station have come from an increasing number of countries around the world. All who see the Earth from space come away with a firm belief that we are fortunate to live on such a hospitable planet, and that you cannot see borders from space*. We on Earth need to regain the perspective that we had back in December 1968, when the first Apollo flight to circle the moon broadcast that magical image of the moon, accompanied from the words of Genesis .  For those of us who remember that moment, we will never forget it. If you truly wish to make America great again, then we should reach once more for the stars.

* You can actually see the borders of North Korea at night, when the line of demarcation shows the difference between North Korea’s neighbors and their surplus of electric lights, compared to the darkness inhabiting the hermit kingdom.

2 thoughts on “Want to Take a Dip in the Lake on Mars?”