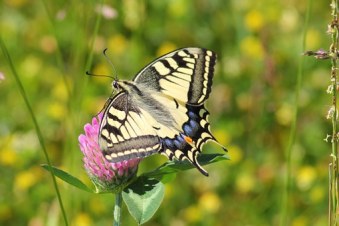 You have to wonder. Does former President Obama rue the roasting he gave to Donald Trump at the 2011 White House Correspondent’s Dinner? Was that the final motivation that a fragile yet swollen ego required to forge the decision to go all in on a future run for the Presidency? Was the public humiliation of Donald Trump the equivalent of the butterfly flapping it’s wings, magnifying its effects through chaos, and eventually resulting in the hurricane which now envelops us?

No, this one single event did not trigger the madness. Donald Trump had for decades revealed himself to be a small-time hustler who used the modern media environment to peddle his brand image. Each media conquest fed that ego, as he gained the fawning attention of the B-list celebrities who tried to resuscitate their brands by playing as apprentices. That was one reason why the jabs at the Correspondent’s dinner hurt so much – they were true, and the joking reference to decisions as to who to fire on the show would cause President Obama to spend sleepless nights tore at the shredded remnants of Donald Trump’s psyche. And all the while, the President knew that the operation to take out Osama Bin Laden was taking shape during the dinner.

All that Donald Trump could perceive at that moment was that he was once more, not a true member of the club. He was an object of ridicule. They weren’t laughing with him, they were laughing at him. You can tell from the stern look on his face as he faced his taunters from the podium. He was plotting his revenge. And to the dismay of those who prefer peace to fire and fury, he now is fulfilling that primal urge.

We can all ponder the madness of the electorate in 2015 and 2016 as this shallow ideologue harangued his campaign rallies, providing the spark for the disaffected of the nation to strike back at all of the misery caused by the elites. No one would ever mistake Donald Trump as an elite figure. His boorish manners, his stunted vocabulary, his appeal to the baser emotions of his core of supporters, all of these tactics showed his adoring fans that HE was one of THEM! And they lapped it up – calling out “Lock Her Up!”, turning on the press as he called them “LYING”. No, it is not surprising that Donald has kept up with a need to feed off of crowds at rallies, far away from any election. The emotion that feeds him also feeds his crowds, making them feel real emotions and allowing them to imbibe in the energy of the mob. Donald Trump’s success came from his ability to tap into this inchoate dissatisfaction with the world, and enabled him to ride the wave of anger his movement unleashed.

The same wave of anger has swelled in many nations at this time. Europe has a multitude of movements where the tendency is to pull inward, take care of those most like us, and show hatred for all who are different. Donald Trump is the manifestation of this impulse in the US. Unfortunately for all of the citizens of the world, he is the manifestation who has the accumulated power of the greatest military force in the world’s history at his beck and call. And thus we were treated to the image of President Trump, flanked by almost exclusively men in uniform and their women, as he referred to a gathering as the “Calm before the storm.” This is from the President who seems incapable of serious reflection, preferring instead to send out 140 character instruments of mass covfefe.

The nuclear response capability of the US is stuck back in the 1970’s and 1980’s, where rapidity of response would be required to ensure that our forces were unleashed before the incoming volleys from our prime adversary could land and take out our ability to retaliate. The premise was that there was a confirmed attack underway, and this speed in response was absolutely required. Thus, there are deliberately very few barriers in place between the time that a President determines nuclear response is required, and that response being activated. Now we have a President of the United States who has extremely poor impulse control, who internalizes any criticism as disloyalty to the nation (and himself), and who exhibits zero unscripted empathy (paper towels, anyone?). This President could unilaterally decide to plunge the world into nuclear destruction.  What could possibly go wrong?

Meanwhile, this President is exacting his revenge upon the legacy of his predecessor. Witness his pitiful attempts to dismantle the Affordable Care Act (ACA). Time and time again, he praised the latest Republican attempt as a wonderful plan, only to back away and claim it was a hateful plan once it failed to run the legislative gauntlet. He had zero input into these plans. Their only redeeming virtue in his mind was that they would eliminate that hated plan that Obama created.

So maybe it isn’t possible to directly delete the ACA via a frontal attack. Throw up administrative barriers to ensure that it fails. Anything to remove the legacy of that horrible president, who after all wasn’t born in the US. Where else can we undermine his actions? Of course, trade and treaties. Forget whether they are in the interest of the US, they were part of the legacy of that hated predecessor. Toss them out! And yes, any of the environmental actions taken during the last 8 years? Cease their enforcement, rescind their authority, and unleash a flood of fossil fuels to fill gas tanks for our nation.

Yes, one wonders whether President Obama wishes to apologize for his jibes and jabs during the 2011 Correspondent’s Dinner. His partner at the dais Seth Myers did apologize for his part in the taunting of Trump that night. Apologized for assisting in unleashing this madman on the nation. Of all of the symbols of President Obama’s legacy, it may be that steeling Donald Trump’s quest for revenge may be the most significant, if unintended, consequence.